Scammers have many tricks up their sleeves. That’s why vigilance is very important if you want to protect your hard-earned money. But being vigilant can only get you so far.

And the infamous International Postcode Online Lottery is just the tip of the iceberg of all scams known and still to be revealed.

Education is still your best weapon against lottery scams. If you know exactly what to look out for, it will be easier to avoid it, stay away from any scam and keep the prize money to yourself.

Here, you’ll find articles that talk about the different tricks scammers use, the latest news, and more! You will gather enough information to be able to protect your prize money, or money in general. It may also be helpful to read more about your right to be protected on the Federal Trade Commission website. Whether it's a national or a foreign lottery, if you win, you should keep the prize. Right?

How Can You Avoid Getting Scammed? 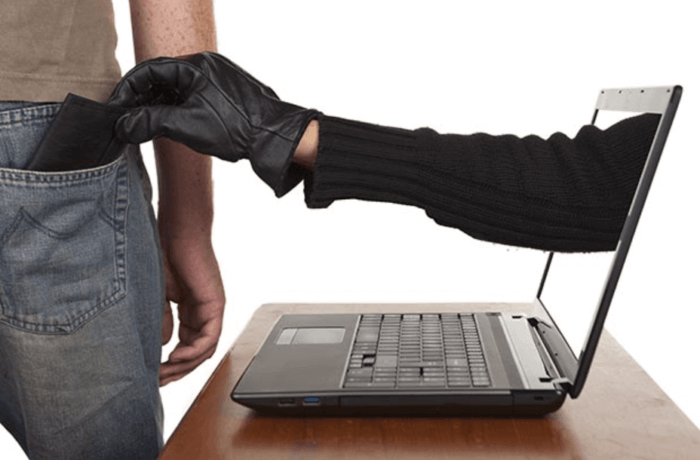 Scammers love targeting people who don’t know any better. Like sharks smelling blood in the water, con-men pounce at the first sign of naivety and ignorance.

In this article, not only will you learn what scammers look for in their targets, you’ll also learn how to spot lottery scams. Arm yourself with knowledge and find out what tricks scammers use—from fake sites, requests to send money to enticing freebies and asking to pay a fee. And, unfortunately, many more.

Is It Safe to Play Lotteries Online? 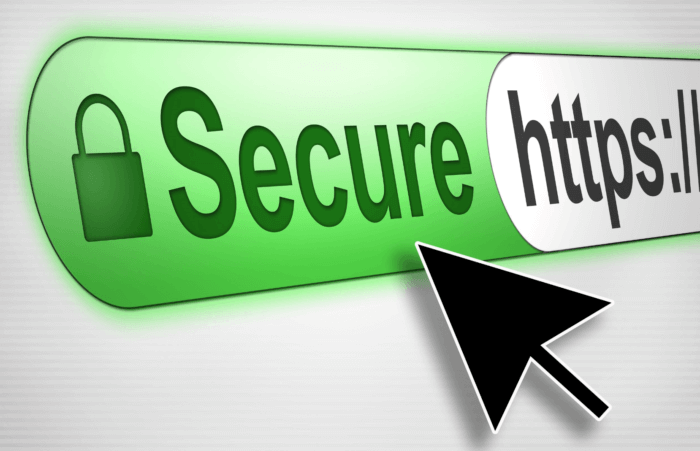 Considering that scammers use just about all tricks, you may ask yourself if it really is safe to play online? We answer this question here and show you how to tell the difference between legitimate sites with a chance of a prize and scams.

Learn about security and trust logos, SSL certificates, and more! Make sure your bank account information and other personal details are 100% safe. Be secured at all times, no matter if you play Lotto Extreme, Powerball, or a smaller foreign lottery. Know all about lotteries and lottery scams to be able to avoid them.

Anonymity in Lottery: Which Countries Allow You to Protect Your Identity? 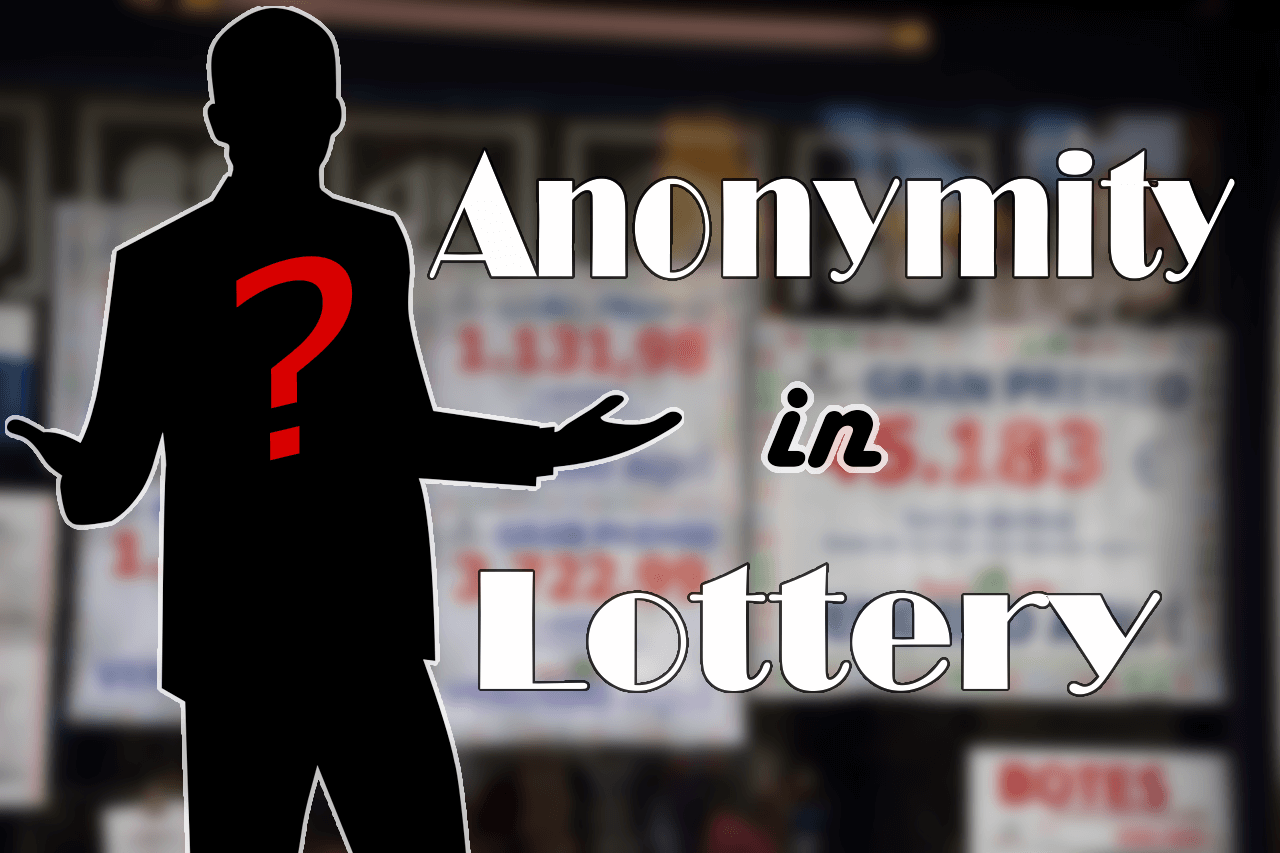 Your identity being publicly disclosed is one of the biggest downsides to actually winning, even when it comes to foreign lotteries. We all know that some people— especially scammers, especially—will take advantage once they learn you’ve won the prize.

So, how can you protect your identity if you’re required to go public?

Well, the good news is that some countries do allow you to remain anonymous! Not everywhere you're obliged to share your personal information, and your name may be protected just like your bank account details.

How Secure are Lottery Machines? 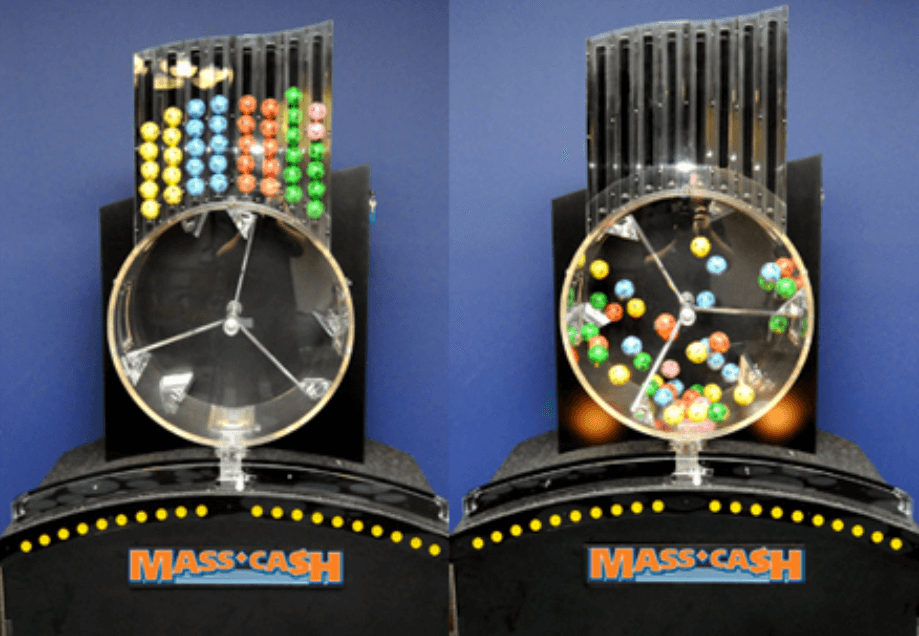 If a scammer is bold enough, they’ll try to con the system. Are lottery machines really protected enough to ward them off, you ask? That’s a good question—but it isn’t easily answered by a “yes” or “no.”  In this article, we look at the different types of machines and find out just how secure they are.

Additionally, we examine how the United States Powerball, Mega Millions, and the UK National Lottery secure their draws.

Finally, if you’ve ever wondered if computerized draws were more secure than traditional drum-based draws, you’re in for a treat!

The 4 Lottery Scandals That Rocked the Industry

Did you know that the John Travolta-led movie, Lucky Numbers, was based on one of the biggest lottery scandals of the 1980’s? In this write-up, we examine how one former radio personality ended up being one of the most successful scammers around.

Apart from that, we explain how a programmer rigged several draws in his favor; how a convicted rapist conned the UK National Lottery; and how a clever Chinese lottery stall owner took advantage of a loophole and walked away with 28 million yuan (ah, foreign lotteries!). 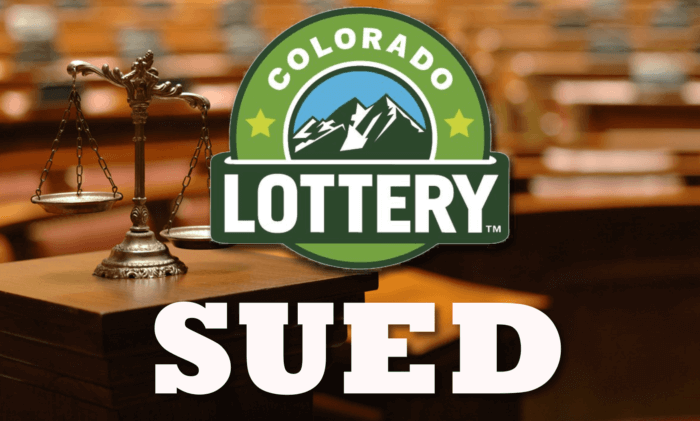 In 2005, three people won the $4.8 million jackpot in Colorado. One of the winners, Amir Massihzadeh, after having paid all taxes, walked home with $568,900. More than a decade later, he is suing the Colorado Lottery and is seeking nearly $4 million!

So, what is this all about? It all ties back to Eddie Tipton, the now-infamous lottery scammer, and how his illegal win diluted two-thirds of the Colorado Lottery jackpot winnings. Does Massihzadeh’s lawsuit have legs to stand on? Can he get his money? 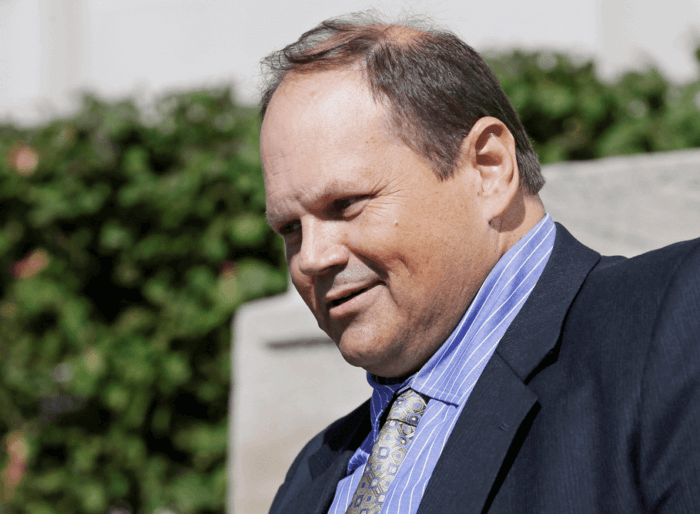 If you thought the Eddie Tipton case was over, think again! After an independent security audit by the MUSL, an additional date—May 27—was found hidden inside the rootkit program Tipton and his cohorts used to rig lotteries in their favor. What does it mean? How many times did they scam others? 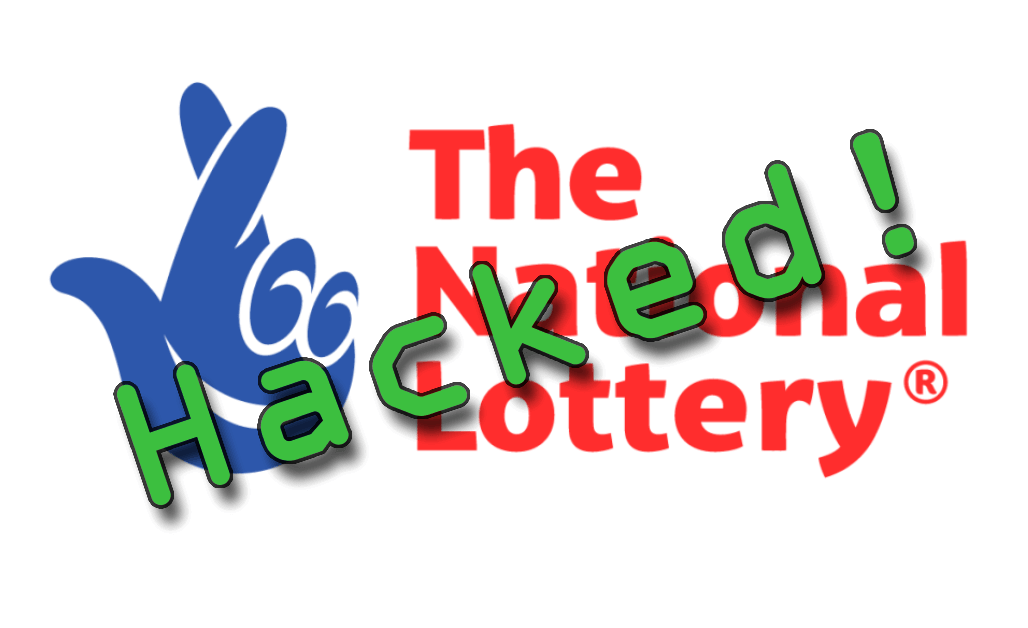 On March 2017, the UK National Lottery became the victim of a hacking technique called “credential stuffing.” What is that? It happens when a list of stolen user credentials is used to gain unauthorized access to user accounts en masse.

Officials reported that around 150 accounts may have been compromised but assured the public that their debit and/or credit card details were safe. As far as email addresses and passwords though, that’s a different story.

In 2011, a group of 27 scammers from Jamaica successfully duped a woman out of her $300,000. Their scheme was so effective that the group went on to con more than 90 people! Luckily, authorities soon caught on and hunted the group’s members one by one. However, two proved to be more elusive than the rest! It may be their best scam yet. What did they do with the prize money? 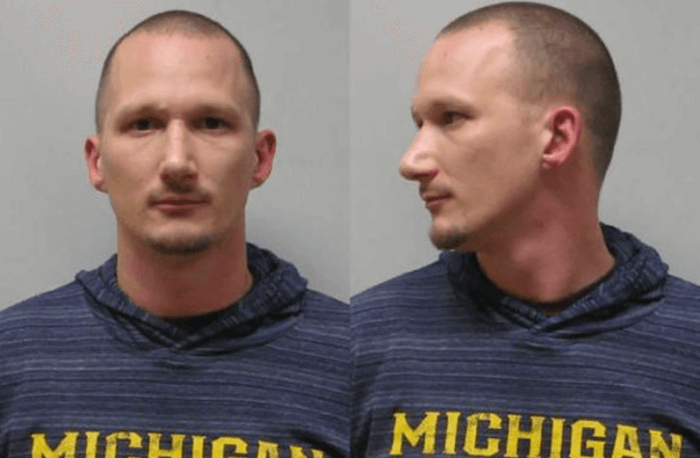 It takes a certain kind of criminal to walk off with a lottery machine, and another kind entirely to think they’d get away with it. Especially when the place they looted has security cameras!

And yet that’s exactly what happened when two looters stole an entire dispensing machine from a gas station. While they are definitely no role models, you’ve got to give it up for these daring thieves! 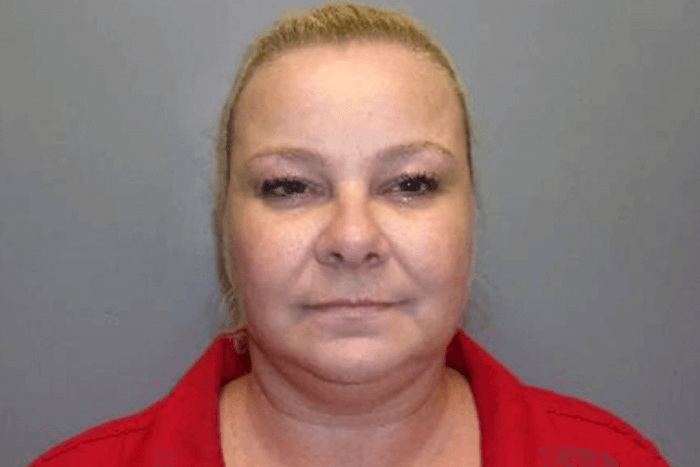 On two separate incidents, two store clerks were caught deceiving lottery winners and taking the winning tickets for themselves. Both clerks used slightly similar tactics, too. One gave a customer two lottery tickets instead of the claim form, while the other told the customer their prize was only $5! How many more such clerks are there?

Beware a New Type of Scam

There’s a new type of scam in town! According to the Pennsylvania State Lottery, scammers have been posing as lottery employees and tricking people into divulging personal information to get their money. Beware! 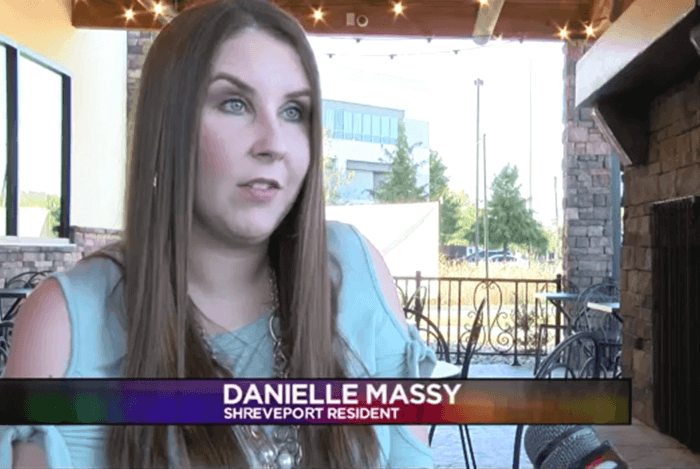 Shreveport, Louisiana resident Danielle Massy received a letter claiming she had won the Mega Millions jackpot—even though she hadn’t played recently. Most people would throw caution to the wind, but luckily for Danielle, she is one smart cookie! Find out what she did and what you should do, too! 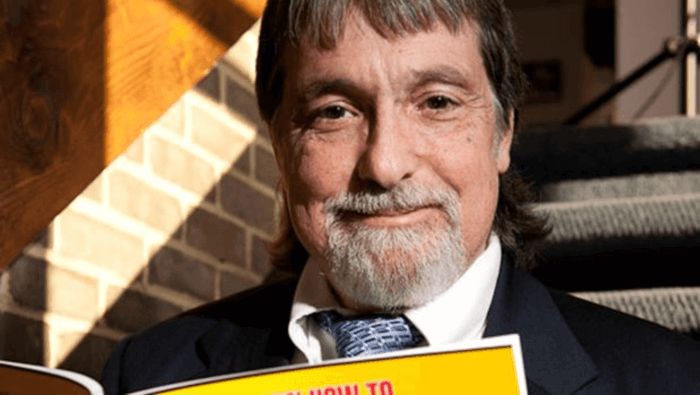 Richard Lustig became one of the most famous lottery winners in the industry. Not by cheating his way to the top, but by winning 7 times. That practically makes the Florida lottery native a legend!

Shortly after his last win, he went on to write a book titled, “Learn How to Increase Your Chances of Winning the Lottery.” It became a best-seller and was ranked 3rd on Amazon’s Best Self-Help Books at one point. Some critics, however, are calling the book hogwash. Could they be on to something?

Does his strategy work? Is the software he released worth buying? Or is this all luck or the biggest world lottery scam?