It looks like the stars have aligned for a lucky South Carolina individual this 23rd of October 2018.

The identity of the jackpot winner has yet been announced, and because South Carolina allows lottery winners to stay anonymous, we might never find out who they are. The sole winner can take home a whopping $878 million in cash, or opt to receive the full jackpot amount in 29 yearly payouts.

This particular Mega Millions jackpot has been rolling since it was last won on July 24 of this year. At $1.537 billion, this jackpot is the second largest one in the history of all lotteries, and we at Lottery Critic couldn't be more thrilled. The current world record is the $1.586 billion Powerball drawing back in January 13, 2016.

The winner of the biggest ever lottery jackpot won by a single individual has finally come forward this March 4, 2019 – more than four months after the $1.53 Billion Mega Millions drawing in October last year. With the April 19 deadline soon approaching, many were left speculating about the winner's identity, and why it has taken them so long to claim their prize.

However, it seems that mystery will forever remain unsolved, thanks to South Carolina laws allowing lottery winners to remain anonymous. Here's what we do know:

The lucky winner, a woman who is represented by attorney Jason Kurland, has chosen to receive their prize as a single lump sum payment, amounting to $877,784,124. The state of South Carolina will collect $61 million in income taxes from the winner.

The woman's lawyer has come forward to say that the winner has decided to donate an unspecified portion of her winnings toward several charities and good causes. These include organizations like the Ronald McDonald House of Charities of Columbia, South Carolina, In The Middle – a charity that supports women with breast cancer, the City of Simpsonville Art Center; the Alabama Red Cross and the One SC Fund for Hurricane Florence relief.

“I do realize that such good fortune carries a tremendous social responsibility,” explains the winner, “and it gives me a unique opportunity to assist, support and contribute to charities and causes that are close to my heart.”

Hogan Brown, the South Carolina Lottery commission's executive director, had this to say:

“We are delighted that the winner is a South Carolinian and has come forward to claim this remarkable prize. We respect the winner’s decision to remain anonymous, and we will honor the winner’s wishes.” 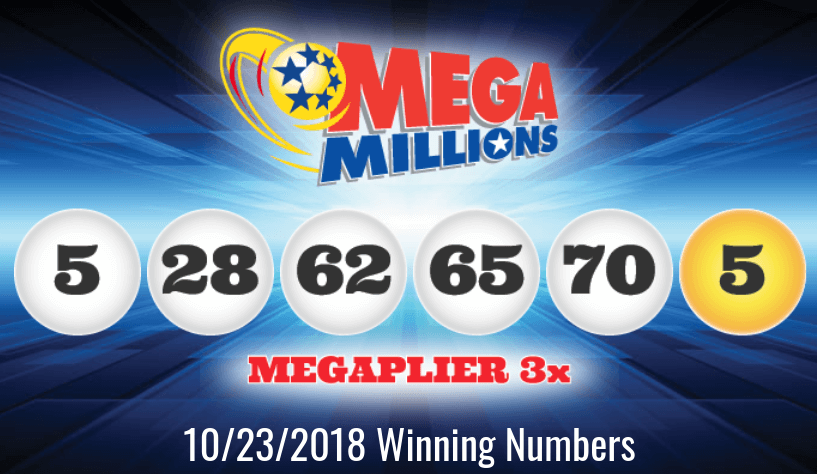 The exact location where the winning ticket was sold has been identified as KC Mart #7 in Simpsonville, South Carolina. What was once a rather nondescript gas station has now become a local hot spot, attracting crowds wanting to take pictures of the now historic location and try their luck for the next draw.

The gas station's owner, CJ Patel, will also receive a $50,000 cut once the winner has claimed their prize.

The US Mega Millions is one of the biggest, most popular lotteries around. Having been open since 1996, the lottery consistently produces some of the biggest lottery jackpots ever. Take a look below:

Mega Millions lets the winner choose how to get paid: Cash Option or Annual Payout. Our nifty Mega Millions payout and tax calculator does the calculation for you based on your state of residence. Feel free to check it out!

Or if you want to know more about other jackpot winners – like the winners of that $656M jackpot, then Check out our article on the biggest lottery winners and where they are now, for more information.