The Oddest Things Lottery Winners Spent Their Money On

If you won the lottery, what would you spend your winnings on? Most people would buy a new house or a new car. Others would spend a small portion on luxury items but save the rest for their kids’ education and for retirement. Some people, on the other hand, think so far out of the box that one would think that they might be, well…out of their mind.

Here are some of the oddest things lottery winners have spent their winnings on. Read on! 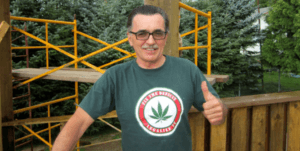 As soon as Robert “Bob” Erb took home his $25 million prize after winning the Canadian LottoMAX drawing on November 13, 2012, he began sharing the wealth with his family and friends. And his generosity extended to local organizations in his hometown in British Columbia, pledging support to homeless shelters, food banks and soup kitchens. As a marijuana activist and devoted pot smoker, he pledged a whopping $1,000,000 to support marijuana legalization.

Erb spent $125,000 in one year to help organize 4/20 Day events. For you non-herbalists, 4/20 is the unofficial “high” holiday for marijuana enthusiasts, taking place on April 20 and at 4:20 potheads all over the world gather to smoke a joint.

In 2008, 19-year old construction worker Jonathan Vargas of Gaston, South Carolina won the $35.3 million Powerball jackpot. He did what any loving son who became an overnight millionaire would do: buy his mom a brand-new house. He also did what some teenagers could only dream of: create his own TV show.

Jonathan, along with partners Johnny Cafarella and Jimmy Hart, founded Wrestlicious in 2009. The company produced a wrestling tv show, Wrestlicious Takedown, featuring scantily-clad women and sketch comedy. It lasted only one season.

In January 1993, Suzanne Mullins of Virginia won the $4.2 million lottery jackpot. Instead of a lump sum, she opted to be paid out in 20 annual payments of $47,778,84. Not long after her win, her budgeting plans went out the window and she ran out of money. So to make ends meet, she took out a loan with the People’s Lottery Foundation who lent her $197,746.15.

She was supposed to pay back the loan via her yearly checks from the lottery all the way to 2006. But a change in lottery rules allowed her to take her winnings as a lump sum. After getting her prize in full, Suzanne never bothered paying her debts to the People’s Lottery Foundation. As expected, the company sued her.

Evelyn Adams hit the jackpot – twice! She won a total of $5.4 million from two New Jersey lotteries in 1985 and then again in 1986. Unfortunately, she was also a compulsive gambler.

Between gambling sprees in Atlantic City casinos and bad business deals, she burned through her entire savings. In 2001, she allegedly was living in a trailer park with absolutely no assets to her name. 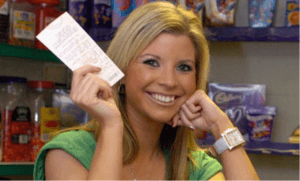 When 21-year old Sarah Cockings won a jackpot prize of £3,045,705 from a UK lottery in April 2005, she promptly pampered her loved ones. Sarah bought her parents a large 4-bedroom house, while she gave her two sisters gifts that would “boost their confidence”: breast enlargement surgeries at a cost of £4,800 each, or £1200 per boob!

We’ve all heard stories of lottery winners hosting large parties and splurging on lavish vacations, but investing in illegal drugs? Lottery winner Ronnie Music Jr. had higher aspirations. He wanted to build an empire – a drug empire, to be exact.

Ronnie used part of his $3 million winnings in Georgia to fund a crystal meth operation. Upon his arrest in 2016, agents recovered about $1 million worth of methamphetamine, plus firearms, ammunition rounds, multiple vehicles and cash. He pleaded guilty to federal drug and gun charges and faces 21 years in prison.

Michael Carroll, the £9,736,131 National Lottery winner in 2002, began living lavishly soon after his big win. The 19-year-old was dubbed as the “King of Chavs” and the “Lotto Lout.” Carroll spent money on houses, cars, parties, drugs and women. The cars he bought were used in the demolition derbies he hosted right in his own backyard. After serving two jail times and a string of unfortunate events – including being blackmailed by two shotgun-wielding men – Carroll’s life of luxury and debauchery ended. The ex-binman (trash collector) went from rags to riches to working in a slaughterhouse in Scotland.