It’s not uncommon for lottery players to purchase one or more tickets on a weekly—if not daily—basis. In fact, it’s to be expected. However, some people take it to a whole new level—and end up paying for it big time! Adam Osmond, a former convenience store owner, is living proof that lottery addiction could lead to one’s ruin. Thanks to his insatiable thirst for gambling, he lost everything. 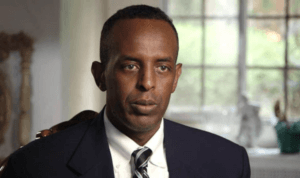 A resident of Farmington, Connecticut, Adam Osmond seemed like he was on the way to success. Osmond studied business and not long after graduating and getting his degree, he set up his own convenience store. With hard work, patience and perseverance, anyone could make it work. Unfortunately, Osmond became addicted to the lottery and it became nearly impossible for him to stop.

Like most gambling addicts, Osmond started small. He bought his first every lottery ticket in 1986, but it didn’t hook him in right off the bat. It was gradual—spending just a few dollars here and there. As he continued playing, it became harder and harder to stop. He was hooked. In the years to come, he was spending more money on tickets.

It got worse the more his income grew.

His Own Private Casino

As a convenience store owner, Osmond had direct access to lottery tickets. As he put it, having his own store was “like having your own casino.” If you’re a casual player, it’s certainly a nice perk to have. However, for someone with an ever-growing gambling addiction, it was basically an express train to rock bottom.

In no time at all, it became a dangerously unhealthy cycle. And for 6 years starting in 2002, Osmond fell deeper and deeper into the hole of his own making. Unbeknownst to his family and friends, he would spend his workdays—and even weekends—just gambling at his store, buying thousands of dollars’ worth of tickets every week. When he won, he would immediately funnel whatever winnings he got back to lottery tickets.

But it wasn’t until 2007 that he started to really spiral out of control.

Most people would call it a day after winning $50,000, but Osmond—who actually won that amount–didn’t really care about the win. At least, not entirely. As a gambling addict, it was more about the next hit. In other words, he was more concerned about pushing the envelope, winning bigger and bigger prizes. He just had to outdo his $50,000 win.

After taxes, Osmond took home $37,500. And within a week, he burned through his entire winnings! Not only that, but he also spent all his income on tickets as well. It was a clear sign that he needed to stop, but Osmond—now more than neck-deep in his gambling addiction—went on in pursuit of the next big hit.

The Cry for Help

After more than a decade of being at the mercy of his addiction, Osmond suffered a nervous breakdown in March 2008, and proceeded to print out a ridiculous amount of tickets—54,000 pieces, to be exact. However, not one ticket was cashed in. Osmond also never bothered to check all the numbers because such a high volume of tickets was an impossible task for just one man.

What’s worse, lottery officials came calling because Osmond—as you may have guessed by now—did not pay for any of the tickets he printed out. It wasn’t a scam of some sort, nor was there any malice behind it; he just couldn’t pay for the tickets. But, his addiction was, at that point, far beyond his control. In a way, it was a cry for help.

His printing spree went on for around three weeks until his ticket machine was shut down by lottery officials. It was the final nail in the coffin. Eventually, he had to close his entire business down, and it was only then when his family and friends learned of his gambling addiction. By the end of his printing binge, Osmond had racked up over $250,000 worth of lottery tickets.

Although he never cashed the tickets in, Osmond was nevertheless ordered to pay for them. He acknowledged that the money could have been used for his family’s expenses or funneled into his savings. He also lamented that he could have paid for his house in full already if it weren’t for his gambling problems. Most importantly, Osmond regrets letting down his family and friends.

Eventually, he slowly managed to pay a portion of what the Connecticut Lottery said he owed, which set him back thousands of dollars. Fortunately, the court decided years later that the initial court order was illegal because he never actually cashed the tickets in. In other words, Osmond didn’t have to pay anymore.

Though the loss of everything he had worked hard for still loomed over him, it was a small blessing nonetheless. 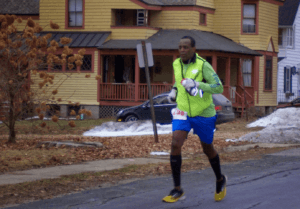 Three years after quitting gambling in 2008, Osmond switched to a healthier and much more fulfilling hobby: running. He has competed in over 200 marathons and ultra marathons, and, in 2016, was aiming to run in over 169 towns in Connecticut.

Perhaps more importantly, he also helps spread the word about gambling addiction. As an accountant by trade, he uses his skills in data analysis to educate people about the perils of gambling. He even testified in the state capital to help push for the funding of treatment programs specifically aimed at gambling addicts. 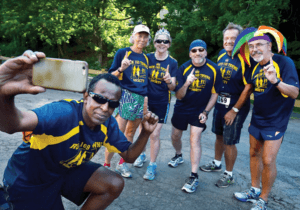 And he doesn’t stop there! He also helps recovering gambling addicts get back up on their feet again. How? It’s simple—he introduces them to running! It helped him lead a healthier and more positive life after all, and he is certain it can help others as well.

It Can Happen to Anyone

If you think that gambling addiction can never happen to you, you are sadly mistaken. It doesn’t matter who it is, gambling addiction can easily sink its claws into your life the way it did to Adam Osmond’s. It will always start out small and you may never realize you’re addicted until you’re thousands of dollars in debt.

This is why some lottery sites, like Multilotto, offer features that promote responsible gambling. If you feel that you’re starting to get addicted, it’s important to take advantage of features like account limits or self-exclusion. Of course, features such as these only help curb addiction to a certain extent and not outright rid you of it. These are, after all, just tools—their effectivity depends on you. If you’re willing to stop and make a change in your life, then there is hope.